A serial competitor, Elias Corey has over 150 race starts in Motocross, Jet Ski and AMA Pro Road Racing. After the tragic loss of his teammate, and an accident that left him bedridden for 6 months, Elias took an early retirement from road racing. He spent the next 8 years focused on building his company, ArthaWorks, Inc. Knowing that competition was unfinished business, he identified performance flight as the next arena for battle. He learned to fly and reentered competition in 2011.

Now a full-time aerobatic pilot competing in the premier Unlimited Class, his sole competition focus is achieving gold at the Olympics of Competition Flight, the World Aerobatic Championship. Executing on a vigorous training routine including peak-fitness strategies and a network of performance specialists, Elias now has his feet firmly planted within an elite group of aviation competitors.

Elias has been curating original songs – words and music – since he was eighteen. He is a published poet who finds inspiration and balance to the extreme world of aviation in the flow of music composition and performance. His current project is partnered with music industry’s top talents like cutting-edge Italian producer Michele Canova and legendary musicians like Alex Alessandroni (keyboards) and Tim Pierce (guitars). In June of 2020 he releases a Darkwave Country project of original music and videos. 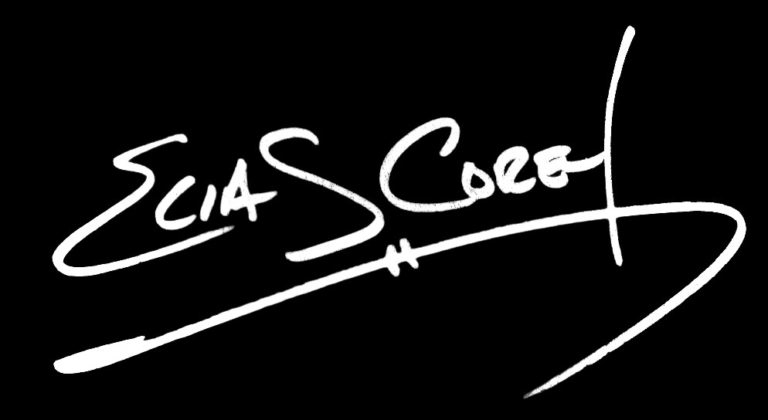 Elias Corey learned to ride a motorcycle at age five and has been On the Gas for over 25 years. As a musician he was a regular fixture of the modern rock industrial scene in San Francisco before relocating to Los Angeles.

Outside of flight and music he is a dedicated entrepreneur who, at nineteen, founded what evolved into ArthaWorks, Inc.; a closely-held powersports procurement network with operations on six continents.

The company focused on the procurement and sale of race and investment-grade motorcycles and cars. His company quickly gained the audience of the executive elite as well as Hollywood celebrities. With highly-collectible motorcycles – like the John Britten’s #8 V1000 – the company was closely linked with luxury publications like Robb Report. Two editions featured Elias Corey product on the front cover.

In 2016 ArthaWorks pivoted its focus to building lifestyle promotions, experiential events and branding programs for companies they believe in.

Elias is a peak-life enthusiast who enjoys fashion, fine wine and speed. He is a close follower of Formula One, using many F1 training and technical principals in his aviation program. He is a lifelong student of Eastern Philosophy with specific studies in Taoism, Zen Buddhism and Hinduism. He uses his philosophy background to “stay in the flow” within extreme aviation environments and when under pressure for music performances.